The past few weeks have been really difficult. Regardless of what side you find yourself on, it’s been incredibly stressful to watch what’s been happening in the world.

Especially here in the states.

In my, admittedly short, lifetime I’ve never seen the America as openly divided as it is now. The divide stretches across gender, economic, and racial lines and everyone (regardless of whether they think so or not) is affected by it.

So why am I, a food blogger, writing about this?

Because food is and has always been one of the few things that can bring people together.

There’s a section in Michael Pollan’s book Cooked where he talks about the importance of a cook fire. Outside of the obvious importance of getting food to a temperature to reduce the opportunity for death by microbe…there is another.

The cook fire and the act of cooking stopped people. Whether it was for an hour or for several, the cook fire forced people to sit and wait for their food…together. And from that cook fire came theology, philosophy, art, music…culture.

There is an argument that can be made that we, as humans, didn’t become civilized until we began to cook.

It got me thinking if cooking did all that…what could it do now.

I started making a list of all the local restaurants in Chicago, specifically ethnic and hopefully owned and operated by the original owners (not a requirement, though).

Cause here’s the thing, opening a restaurant is hard and being an immigrant in the United States is hard so doing both means you’re some kind of crazy.

Or…you love your culture and food and sharing that with the world.

I want to know why. And I hope that by finding out why I’m able to shine a light on some amazing people and culture and food and do a little good in the world.

Over the weekend I went to Cafe Orchid  which is a great Turkish place at the corner of Lincoln and Addison.

The food was great, I went with four people so we had a good amount of shared dishes, we had Doner and Babaganoush and Uskudar (lamb shank wrapped in eggplant…freaking amazing). I took shitty pictures of it because, while I’m not above instagram, I didn’t want to bring a full camera setup.

Unfortunately, this time around I didn’t get to interview the owner but I’m in the process of setting that up as we speak. Also, we bought Guitar Hero and played it till 1:30am…so it was a pretty great night. 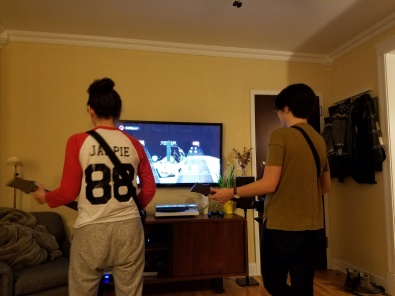 I don’t expect to change the world with this, but if I can bring people a little closer together, than I’ll be happy.

Note from me, Todd: If you have any suggestions on resturants you think I should visit, let me know. I’ll be happy to add them to my list.